An Interview with MyMeeting Senior Developer 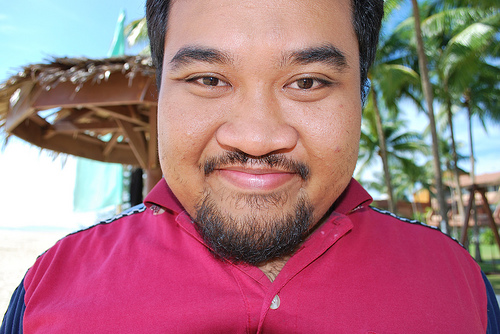 MyMeeting (download here) is a web application specifically designed to help better manage meetings in government agencies. Initially developed at the Open Source Competency Center (OSCC), it is the first Malaysian government software to be released publicly under the open source BSD license.

We conducted an email interview with Abdullah Zainul Abidin, the senior developer on this project. The answers are below verbatim (with some minor formatting changes).

0) Tell us the story of how MyMeeting came about being developed. Who's brainchild was this? Who were the key developers? How many developers were allocated to work on MyMeeting? Was there management buy-in before development started? Was the development of MyMeeting conducted in OSS manner (ie open mailing lists, bug tracking software, public access to SVN/CVS/git etc)?

MyMeeting actually started life as a custom system for the management of decisions made in the GITIC committee. GITIC (Government Information Technology And Internet Committee) is a committee chaired by the Chief Secretary Of Malaysia that discusses the implementation of government IT policies and so it has members from every government agency in Malaysia.

Once the GITIC system was complete, MAMPU saw that MyMeeting could actually be useful to other government agencies too thus most of the customized for GITIC portion was taken and turned into settings which could easily be changed by the various agencies for their use. Then it wasn't really open source yet. We were using all the open source technologies (PHP, MySQL, Apache, SVN) but the development wasn't really open for all to see.

It was when we wanted to redo MyMeeting for MyMeeting version 2 that we saw MyMeeting is a perfect candidate for a completely Malaysian Government Open Source Software project. Most probably the first of it's kind. So yes, development of MyMeeting is conducted in OSS manner. You can access the bugtracker at http://trac.oscc.org.my/mymeeting, download it through svn at https://svn.oscc.org.my/mymeeting, register to it's mailing list at http://lists.oscc.org.my/mailman/listinfo/mymeeting-users and also
edit it's wiki at the knowledge bank http://knowledge.oscc.org.my/solution-areas/application/mymeeting.

1) MyMeeting was developed on CakePHP. What was the reasoning to choose CakePHP over other PHP frameworks? Did using an ROR-style framework help speed up development? Were there any problems faced when using CakePHP and how did the developers go about solving the problems?

The reason we choose CakePHP was exactly because it was an ROR-style framework. At the time when we decided to redo MyMeeting, there was a suggestion that we should use ROR especially after we saw Kamal's presentation on ROR at MyGOSSCON.

But I was worried about the learning curve that we would have to face and also considering the limited amount of time we have it was just not realistic to expect all of the OSCC developers to grasp a completely new language (none of us have any kind of experience with Ruby) and a completely new approach to web application development. I mean doing programming with the MVC concept after so long of mixed PHP and HTML hackery it certainly is very different. But I knew that we would not be able to go far with "traditional" way of developing php software. We have to overcome MVC.

So we choose CakePHP because it was marketed as clone of ROR. The initial learning curve of a new approach was pretty steep but once that was all over we find that it did help speed up development as it keeps things clean. Everyone knew where things need to go and where to look if there are problems.

2) Is there any plans to officially support PostgreSQL (and other free databases) in future versions of MyMeeting? Also, why the support for MySQL only in this release?

There is no "official" plans to support PostgreSQL and actually cakephp does support other free and non-free databases. Only there are some queries which we had to hack in as they are too complex for CakePHP. And to be honest we haven't had much experience with other databases. So if someone really needs it, or even gave us the patch to support it (hint,hint ;) we'd be more than glad to implement it into the main tree of MyMeeting.

We had one patch submitted by SuMarDi that actually changed the theme of MyMeeting. It was really good. But as of date (11/09/2008) we have not yet put it in because he also changed some tags in the views so we need to make sure we don't break anything if we put it in. Apart from that we've got some good feedback from angch and he even updated the wiki in Trac.

We welcome any contribution and involvement from the community regarding MyMeeting. If anyone is interested they should first register themselves at the OSCC Knowledgebank (http://knowledge.oscc.org.my) and from there they can read up on the latest MyMeeting documentation (http://knowledge.oscc.org.my/solution-areas/application/mymeeting). They should download the source code and try out MyMeeting (the Knowledgebank would have information on how to do that). If they find some bugs or would like to suggest some feature they can do so at the mymeeting trac site (http://trac.oscc.org.my/mymeeting) by logging in with their Knowledgebank account.

They should also register with the mymeeting-users mailing list to keep up with the latest happenings with mymeeting at http://lists.oscc.org.my/mailman/listinfo/mymeeting-users. Apart from that, sometimes the mymeeting developers can be found in the #oscc irc channel on freenode. We'd be glad to help in any way we can so that the community can contribute.

We have a vague plan of exporting the meeting calendars with iCal or something. But that is still a long way to go in the pipeline.

5) What is the roadmap for future releases of MyMeeting?

We haven't got a lot of feedback from the community yet as of where we should be heading. So most of it is only in the developers head of what next we should do. Yeah.. we're still very new at managing an open source project. It should be in trac.. :P

6) Why was the decision to keep MyMeeting development within OSCC before version 1.0 ?

That was actually the default way of doing things here at OSCC. We're actually trying to introduce something new with MyMeeting version 2 with it being completely open source and all.

7) Will future projects appear to the public prior to v1.0?

That would have to depend on the management.. :)

8) How is the team adapting to releasing the code?

We were pretty nervous at first. Not knowing whether our codes were any good and all. But we're okay now. Still got a long way to go to be fully disciplined in the open source way thought (release control and all) but insyaAllah we'll get there.

9) Management must be well educated to have the source code released. Was this an issue, and did you need advocacy sessions?

We are supposed to be the Open Source COMPETENCY Centre. :) So management should already know about the advantages of doing it in open source. We didn't need advocacy sessions.

10) How does your team / Management / OSCC / MAMPU rationalise the sharing of Intellectual Right of copyright and software patents?

We want Malaysia to be seen as a contributor of knowledge and technology to the global community.

11) How many seats has this been rolled out to (#Agencies / #Seats) and how much would this have cost for an equivalent commercial product?

There is at least around 6 agencies that is actively engaged with us to use MyMeeting. And since MyMeeting is freely downloadable there could be more out there that we don't even know of that's using it. Our current estimate is that it would cost at least RM 100K per agency to get something like MyMeeting commercially. So that's RM 600K at least already. :)

12) How much would your team foresee saving the Govt over the next 5 to 10 years from MyMeeting, and other OSCC products?

For MyMeeting? In 5 years maybe more than RM 15 million. If we can get all (and we mean ALL) of the government agencies and bodies to use MyMeeting. Not sure about the other products though.

13) Govt is cutting back on spending generally. Do you foresee that it will cut back on OSS investments?

Actually I think the right way to go is to put in more on OSS investments if they want to cut back. So I don't think they will.

14) Any new projects from OSCC labs we should look out for?

MySurveillance is rolling out soon. It is a HIDS system based on Prelude.

15) Can the private sector make use of the applications from OSCC?

Yes of course. But we won't be able to officially provide support though. We're more focused on government bodies.

16) Will OSCC provide support, or do they have recommended partners?

We would recommend partners wherever possible.

17) There have been cases where proprietary software vendors have opposed OSS initiatives by the government. Has there been any negative feedback from these vendors on the release of MyMeeting code, and if so, what has happened thus far?

No problems so far.

We would like to thank Abdullah Zainul Abidin for his time in answering the many questions. We are encouraged by the fact that the Malaysian goverment is moving so far as to open source its software projects. Indeed, the incredible interest from other government agencies clearly proves that the open sourcing of MyMeeting was a far-reaching wise investment. It has clearly allowed for efficient use of ICT resources by all, not to mention many millions of tax ringgits that are being saved through the choice of liberal OSS licensing. With their efforts leading to the promotion of OSS innovation and creativity, this initiative will surely lead to increased and sustained growth of the local ICT ecosystem.

Unofficial we mirror it to Sourceforge and Google code for more exposure and standby for unforseen events.

This is only a preview. Your comment has not yet been posted.

The letters and numbers you entered did not match the image. Please try again.

As a final step before posting your comment, enter the letters and numbers you see in the image below. This prevents automated programs from posting comments.

Having trouble reading this image? View an alternate.

(Name and email address are required. Email address will not be displayed with the comment.)